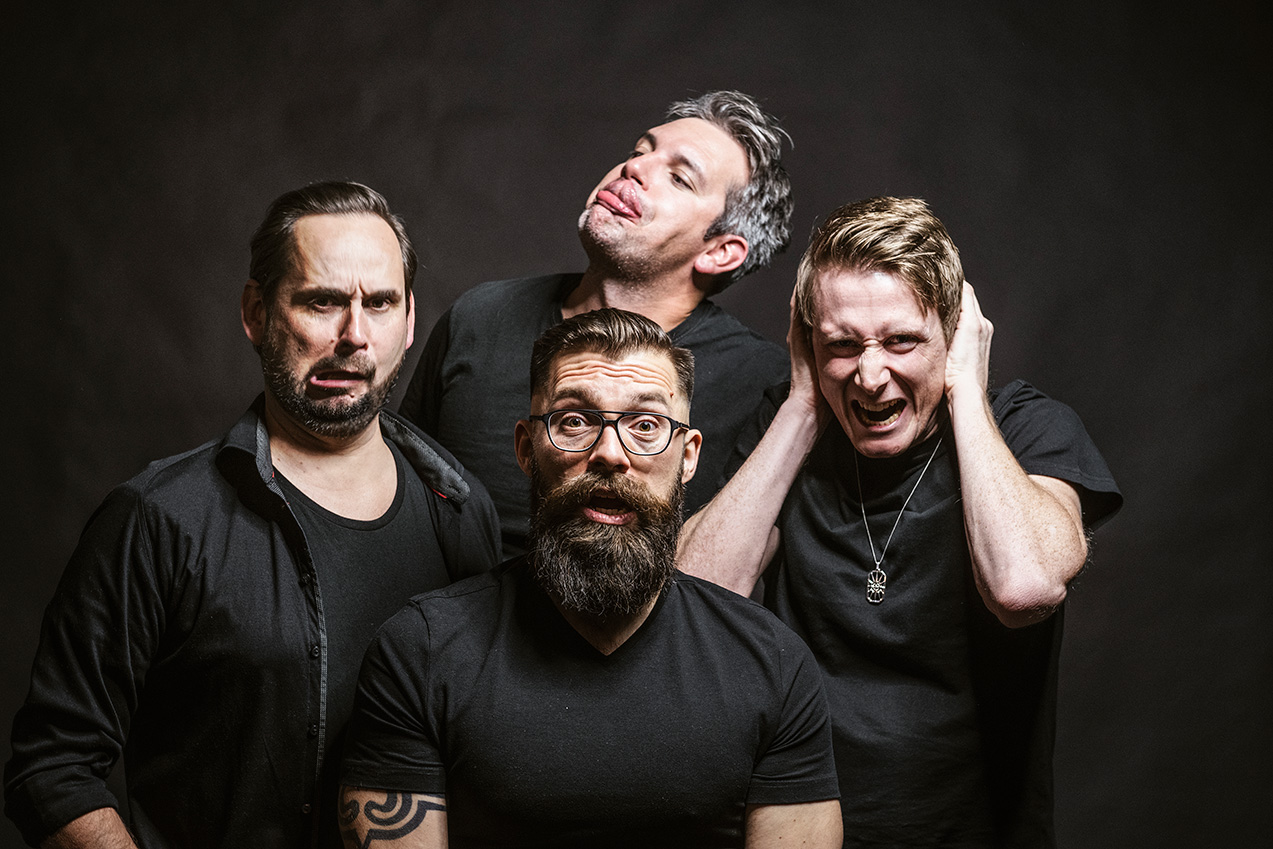 „A German, a Hungarian and two Austrians walked into a bar …“

If you’re waiting for the punch line here, you have to be patient, because this is not the lame introduction of a joke, but the exciting start of a band project: Durcel Haze.

The team of four built up from experienced musicians, who have already proven their abilities in earlier projects that are well known in the scene – such as Esperanto, Manspirit and Astral Dog.

With their new project, the indie/alternative rock band has the balls to travel to experimental fields. Durcel Haze delivers a lot of flavor with influences from garage rock, progressive riffing, massive basslines and groovy drums into the ear canal of the listener.

The unique main vocals tell fictional stories that are formulated in the heads of the band members. The stories deal with the most diverse topics. The main voice is supported by a singing drum player. On top of that, the harmonized background vocals of the guitar players complete the sound. With this special combination Durcel Haze smashes the rock zeitgeist, keeping a decent distance from traditional genres like heavy metal or German rock.

The mandatory break of the Corona pandemic was used creatively and productively. The production of the debut album „Down The Rabbit Hole“ is in the pipeline with the support of Reinhard von Wegen (music producer) under the label of Hicktown Records. Music videos are on the way and the band is committed to rock the stages of the Central European region in front of the respected audience.

It's good to stay in Touch

Please feel free to get in touch with DURZEL HAZE!
Booking requests will reach us per mail or any massenger you like to use.

It's all about rock 'n' Roll baby!